The Asian Readathon is hosted by Cindy @ Read with Cindy over on booktube. This is a readathon focused completely on reading books by Asian authors/about Asian characters for the whole month of May! Here’s Cindy explaining more about the readathon below:

We’re all going through a really hard time at the moment, but a lot of Asian people have it tough, what with racially-fuelled physical and verbal attacks. So Cindy’s whole reason for hosting this readathon is to hopefully allow people to show some more compassion and support to people of Asian descent by putting ourselves in their shoes.

I’m going to try and read all four books on my TBR, which shouldn’t be too hard because it’s only four books! I’m not participating in the group read because I don’t think I’d enjoy the book (😅). As you can see, I’m not a big contemporary fan.

Read any book by an Asian author

Paul Krueger is a Filipino author. Steel Crow Saga is a book I’ve been meaning to read for ages, and I’ve seen so many friends adore this book! So excited to read it, especially because it has a f/f romance in it.

Tala lost her family to the empress’s army and has spent her life avenging them in battle. But the empress’s crimes don’t haunt her half as much as the crimes Tala has committed against the laws of magic… and her own flesh and blood. Jimuro has inherited the ashes of an empire. Now that the revolution has brought down his kingdom, he must depend on Tala to bring him home safe. But it was his army who murdered her family. Now Tala will be his redemption—or his downfall. Xiulan is an eccentric, pipe-smoking detective who can solve any mystery—but the biggest mystery of all is her true identity. She’s a princess in disguise, and she plans to secure her throne by presenting her father with the ultimate prize: the world’s most wanted prince. Lee is a small-time criminal who lives by only one law: Leave them before they leave you. But when Princess Xiulan asks her to be her partner in crime—and offers her a magical animal companion as a reward—she can’t say no, and soon finds she doesn’t want to leave the princess behind.

This band of rogues and royals should all be enemies, but they unite for a common purpose: to defeat an unstoppable killer who defies the laws of magic. In this battle, they will forge unexpected bonds of friendship and love that will change their lives—and begin to change the world.

MoXiang TongXiu is a Chinese author. I’ve read her two other novels, The Grandmaster of Demonic Cultivation and Heaven’s Official Blessing. The Scum Villain’s Self-Saving System is her first novel and the last one I have to read before I’ve finished all of her books.

The reason I’m choosing this book for this prompt is because I relate to TongXiu as we are both women.

Shen Yuan is reborn into a young man and scum villain destined to die, Shen Qingqiu. But it must be known that the original Shen Qingqiu was sliced alive by his disciple, Luo Binghe, into a human stick! A human stick! Shen Qingqiu’s heart is a full herd of grass mud horses running full tilt, yet:

“It’s not like I don’t want to hug this main character’s thighs, but who let this fucking man be so black. The revenge that needs to be taken is some thousands of deeds!

Why is all the romance that should be going to the women in the plot imposed on him? Why as a scum villain, should he still have to block gun and knife for the protagonist and sacrifice himself?

He wants to prove – even scum villains can live, and live coolly at that!

It’s also the story of a small white flower who later became a black flower attacking a scholarly, scum villain type. This is the story of a master and disciple’s everyday unknowing, very strange, dog-blood process of falling in love. It’s also a scum villain’s firsthand account of the male protagonist turning from a small white sheep into an overbearing black king, sort of story……

Tasha Suri is an Indian author. I’m so excited to read Empire of Sand because one of my close friends adores this book and has recommended it to me before. We have very similar reading tastes, so I’m sure I’ll love it too!

The reason I’m choosing this book for this prompt is because Suri is different from me as she is Indian and I am Italian-Australian.

The Amrithi are outcasts; nomads descended of desert spirits, they are coveted and persecuted throughout the Empire for the power in their blood. Mehr is the illegitimate daughter of an imperial governor and an exiled Amrithi mother she can barely remember, but whose face and magic she has inherited.

When Mehr’s power comes to the attention of the Emperor’s most feared mystics, she must use every ounce of will, subtlety, and power she possesses to resist their cruel agenda.

Should she fail, the gods themselves may awaken seeking vengeance…

Read a book recommended by an Asian person

Toshikazu Kawaguchi is a Japanese author. I have been recommended Before the Coffee Gets Cold by half a dozen people and I’m so excited to read it. It sounds so wholesome and fun!

While I have been recommended this book by multiple booktubers, it was also recommended in the big Google docs of recommendations for this readathon.

In a small back alley in Tokyo, there is a café which has been serving carefully brewed coffee for more than one hundred years. But this coffee shop offers its customers a unique experience: the chance to travel back in time.

In Before the Coffee Gets Cold, we meet four visitors, each of whom is hoping to make use of the café’s time-travelling offer, in order to: confront the man who left them, receive a letter from their husband whose memory has been taken by early onset Alzheimer’s, to see their sister one last time, and to meet the daughter they never got the chance to know.

But the journey into the past does not come without risks: customers must sit in a particular seat, they cannot leave the café, and finally, they must return to the present before the coffee gets cold . . .

Are you joining in on this readathon? Have you read any of the books I will be reading? What books by Asian authors do you recommend? Let me know! 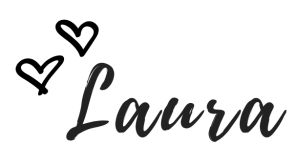 Having fun rearranging my bookshelf with signed copies!
Library haul!
I've heard nothing but good things about The Unbroken by C.L. Clark so when I saw it at my local bookstore, I knew I had to get it! It's a North African inspired fantasy featuring a sapphic romance 👀
I'm so excited to finally get my hands on the signed Illumicrate edition of Winter's Orbit by Everina Maxwell!
Helllllooooo pretty book 😍
Thank you so much to @qace90 for sending me these amazing books for my birthday! I have been dying to get my hands on these books for ages, so I can't wait to read them!