Wow. March really dragged on for that long, hey? I’m actually surprised it’s even over and that April 2 date is just a lie.

I don’t know how everyone else is faring, but here in Victoria, Australia, our premier (kind of like a state governor) has announced stage 3 lockdown for the state. That means we can only leave our homes for four reasons: for food and supplies, for medical reasons, for work (if necessary), and for an hour of exercise each day. That’s it.

I’m usually a homebody but now knowing I have no choice but to stay inside … it’s hard. I’m going a little stir-crazy, but I rather be home and safe then out and about and more vulnerable to the virus. How is everyone else going? 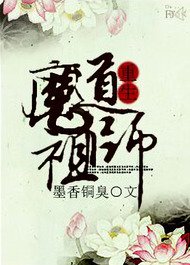 Mo Dao Zu Shi (The Grandmaster of Demonic Cultivation) is easily the best book I’ve read this month! This is the novel that the TV show The Untamed is based on (which you can watch on Netflix). But unlike the TV show (which has to deal with censorship), the book is explicitly queer! The two main characters, Wei WuXian and Lan WangJi, are super in love with each other and you get to read about them confessing their love with the worst timing possible, but it’s just so fun.

Although the book is about 1500 pages long, I still highly recommend it. It’s just such a funny, adventurous book with an incredible cast.

This month, I started watching (and reading) The Untamed on Netflix which is just incredible. I need everyone to watch this glorious show, then go read the 1500 page book. It’s about a man named Wei WuXian who becomes a master of demonic cultivation (magic) and how people rise up against him because he becomes too powerful … except for one person.

I also started watching the Twilight movies because I was in the mood! I’ve only watched Twilight and New Moon so far, but I’m going to be watching the remaining three films at some point this month.

Oh, and how could I forget that I also watched Cats. It was the worst movie I’ve ever seen. I give it 5/5 stars.

How was your March? If you’re in self-isolation, how are you handling it? What books will you be reading in April? What shows are you watching? Let me know!

3 thoughts on “March Wrap Up: The Month That Lasted A Year”