Oh my gosh, this was an incredibly hard post to write!

The Kingdom of Copper by S.A. Chakraborty

The Electric Heir by Victoria Lee

Tipping the Velvet by Sarah Waters

Any Old Diamonds by K.J. Charles

The Winter Quarters by Anna Veriani

Flowers for Algernon by Daniel Keyes

The Soldier’s Scoundrel by Cat Sebastian

How to Be a Normal Person by TJ Klune

The Ruin of Kings by Jenn Lyons

The Fifth Season by N.K. Jemisin

The Binding by Bridget Collins

The Priory of the Orange Tree by Samantha Shannon 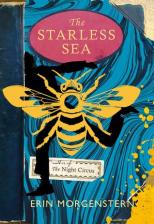 The Starless Sea by Erin Morgenstern

What’s your favourite books of 2019? Have you read any of my favourites? Let me know!