Last week, I rearranged my bookshelves for perhaps the 27th time this year, as all bookworms do, and came across some of beautiful special editions of books that I own. As these books are so pretty and I adore them so much, I thought I’d show you all them!

Some of these books are just normal books signed by the author, while some are limited edition books, some are graphic novels and comics, and two are ARCs (one coming out this September, the other coming out March 2020). 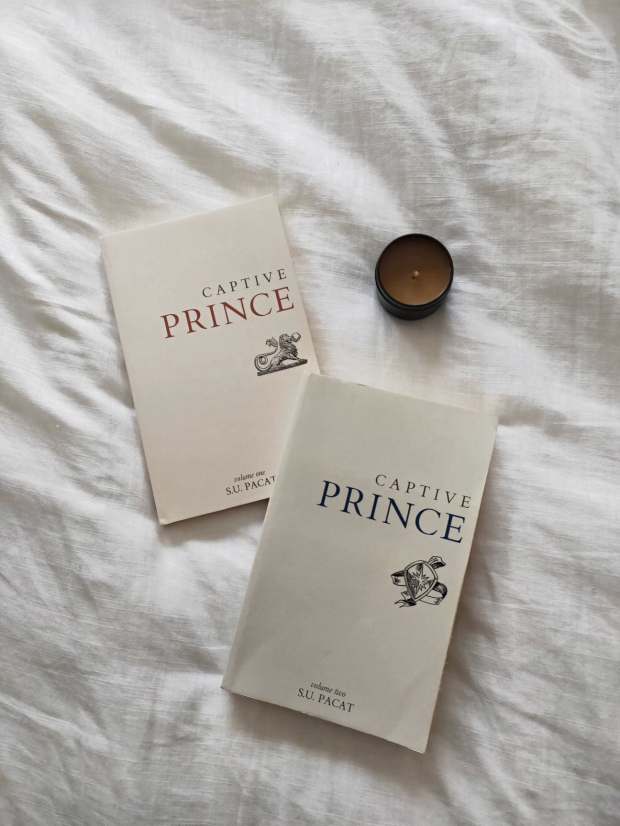 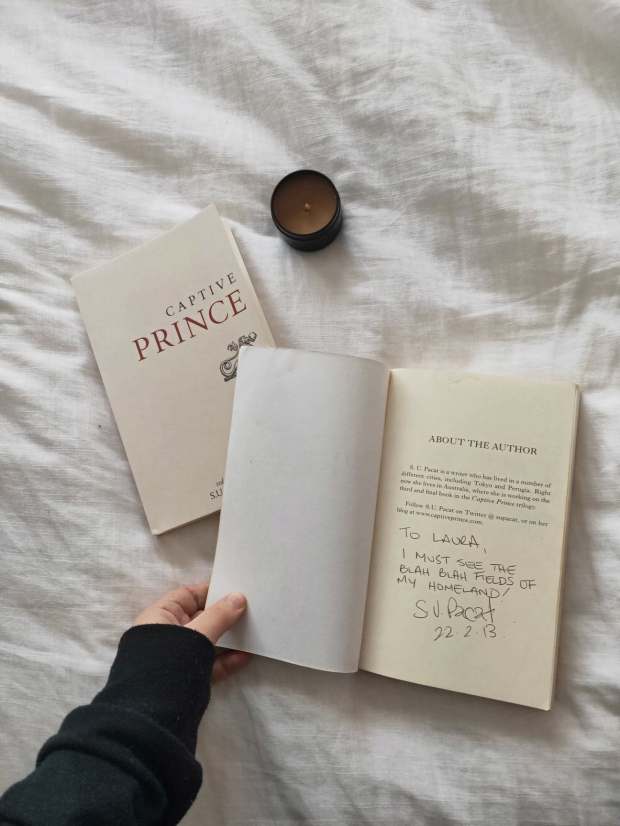 These are the self-published editions of C.S. Pacat’s Captive Prince series! If you don’t know the story behind it, Pacat originally wrote this series on LiveJournal as an online original m/m story. She wrote under the name Freece (France and Greece, because those are the countries Vere and Akielos are based on) but was also known as Supacat online, hence publishing under S.U. Pacat. She eventually went down the self-published route and sold the books online and in a couple of independent bookstores. As she lives in Melbourne, I was so lucky to go to the release party where she was selling and signing the books. Pacat was eventually offered a publishing deal by Penguin (and changed her name to C.S. Pacat — C.S. being her initials and Pacat left over to honour her Freece days) and stop producing the self-published editions, which is why they’re super rare. I actually found these books online for between $1000-2000, though I don’t know anyone who will pay that kind of money. Still, I got them for $20 each haha!

Pacat signed the books for me the night I met her during the release party (back into 2013 😱). The first volume says “So happy to finally meet you”, and I also got it signed a couple of years later when Pacat had her release party for the Penguin published versions of Captive Prince; the second part says “Another amazing milestone — thank you for being part of the journey!” The second volume says “I must see the blah blah fields of my homeland!” which is a reference to Freece’s avatar picture back on her LiveJournal days. Yep, that’s how long I’ve been reading Captive Prince! Since it was an original story online! 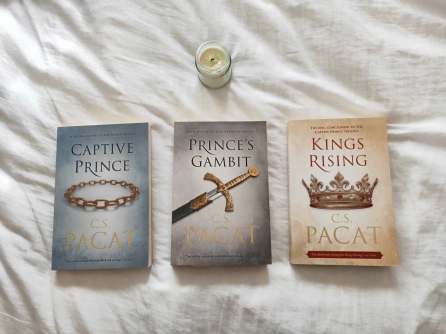 Last year I traveled to America with my sister. We went to New York, Washington DC and Boston (those links are to my travel posts!). I made it my mission to go to Barnes and Noble (that’s every international reader’s dream), and I wanted to buy the American editions of Captive Prince. If you hadn’t realised by now, I really love this series haha! Then earlier this year, Pacat was at Comic Con and was so nice and signed all of them for me 😭.

This collection of short stories is the bind-up of the Captive Prince short stories! It feature Green but for a Season, The Summer Palace, The Adventures of Charles the Veretian Cloth Merchant, and Pet (which we pretend doesn’t exist). Pacat decided to self-publish the short stories and release the collection last year. They match the original self-published covers! And again, I got it signed at Comic Con this year. It says, “A kingdom, or this”, which is a famous quote in the books.

I absolutely love the 10 year anniversary edition of City of Bones! It’s so pretty, especially with the inclusion of the artwork by Cassandra Jean. The inside cover features Clary, then the next few pages are artworks of Jace, Magnus, Alec, Clary, Simon and Isabelle, and the end cover has Jace on it. (Just want to say I’m forever annoyed that the pictures of Alec and Magnus, and Clary and Jace aren’t next to each other.)

The Red Scrolls of Magic by Cassandra Clare and Wesley Chu I was so lucky to be able to get a signed copy of Cassandra Clare’s first book in a new series, especially because it’s about my favourite characters, Alec and Magnus! The virtual signing can be hard to sign up for because the books are limited and sell out very quickly, but I managed to grab one! And it’s personalised too!

A Game of Thrones & A Storm of Swords by George R.R. Martin George R.R. Martin came to Australia back in 2012 (from what I remember) and I was so lucky to hear him talk and answer questions! He also signed books, although there was a strict limit on 2 books per person. So I chose my two favourite books from his A Song of Ice and Fire series, A Game of Thrones and A Storm of Swords!

The Secret History Book of the Month Edition by Donna Tartt 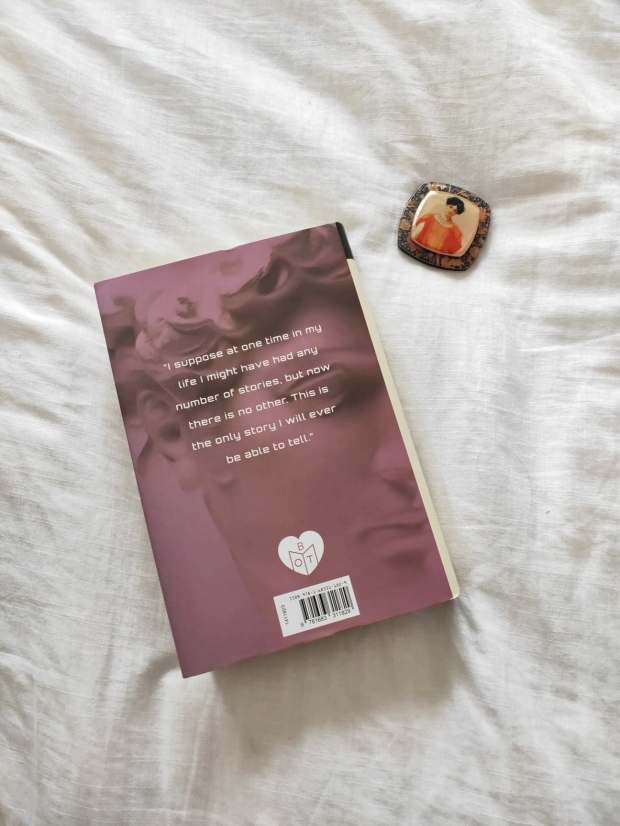 Book of the Month is an American book subscription box and I went to a lot of trouble to get this edition of one of my favourite books! I had to make an American address and get the book shipped to there, then pay that company to ship it to Australia. Yeah. I just love the cover, it’s the prettiest I’ve ever seen for this book — this book has notoriously bad covers lol. And this cover is also a limited edition, and only available through BoTM! If Donna Tartt ever comes to Australia, I’m going to make sure she signs it.

I’m including this book in this list because it’s almost impossible for international readers to receive PHYSICAL advance copies of books, especially from the publisher Tor.com. This book doesn’t come out until March 2020 and I’m so thankful that I was sent this ARC, because I never receive physical ones 😭. Also this book is incredible and I can’t wait to read it again!

Advance Reading Copy of The Starless Sea by Erin Morgenstern 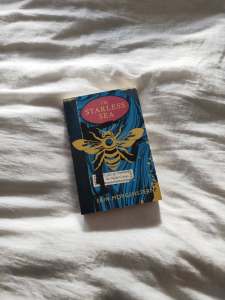 I was so lucky to receive this advance copy of Erin Morgenstern’s highly anticipated second novel! Penguin Australia hardly ever sends review copies out, especially to smaller bloggers like myself, and I’m still pinching myself that I got a copy! I haven’t read it yet, but a reviewer I trust adores it so I know I will too.

I supported Alice Oseman on Kickstarter when she self-published her incredibly internet famous Heatstopper comic series into a physical graphic novel. This edition is so much nicer than the commercially published version (which came later) and was also signed by Alice Oseman! Also, just above her signature you’ll see a sneaky drawing of Nick! 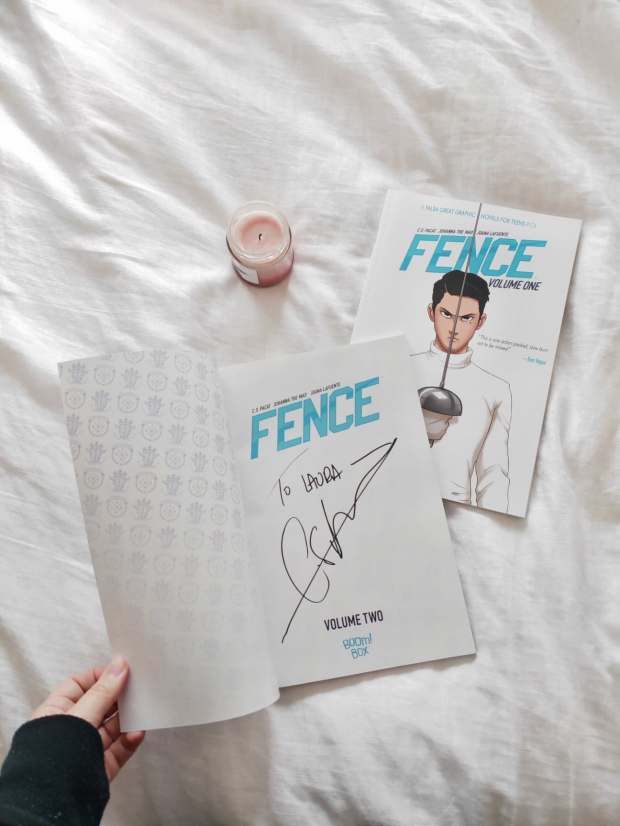 C.S. Pacat is also a comic writer! She publishes her Fence series through Boom! Studios after they approached her and asked her if she had any ideas for a comic. Eventually, she pitched Fence and they ended up loving it! I bought the first two volumes of it at Comic Con, which she signed. The purple comic is the first issue with a special cover designed by Kevin Wada! I bought it during the release party at a comic store where Pacat was signing!

Do you own any special editions of books? Any signed copies by a favourite author? Let me know!

My signed copy of Dark Rise by C.S. Pacat (@c.s.pacat) finally arrived!
Finally read and conquered this book! 5 stars
Yesterday, Piranesi won the Women's Prize for Fiction 2021! And I couldn't be happier because I absolutely adored this book when I read it last year.
I am obsessed with my new mug 😍 Made a great coffee this morning in it !
New Fence book just dropped! 👀
Thank you so much to @ej_beaton for sending me a copy of her debut fantasy novel, The Councillor. I was already so excited to read this book by an Australian author, and now that I own a copy, I'm even more excited!