If you’ve been following my blog for any amount of time, you know that I am definitely a series reader. I love following a certain character or a group of characters for a good couple of books, and falling even more in love with them.

That being said, there are quite a few series that I need to hurry up and finish already! No matter how much I love series, its a big commitment, especially if you’re reading fantasy books (which I tend to do a lot) because they’re so big!

Please let me know what series you think I should prioritise!

I adore this series so much! I’m currently up to book four, Shadows Return, and hope to read it sometime this month. There’s seven books in the series, which follows Alec and Seregil, spies — or, nightrunners — who work for the Queen. Alec and Seregil are lovers, although they start the series off as friends.

I love these guys so much, as well as the worldbuilding. The fantasy world has faeries and necromancers, and it’s just so freaking cool. But all seven books are between 500-600 pages, and epic fantasy can be quite dense so it takes a lot out of me to read the books. But I do love them and can’t wait to finish the series, eventually!

I only recently read the first book in the Daevabad trilogy, The City of Brass, but I can tell its already going to be a favourite. I adore the characters so much — especially Nahri, Dara and Muntadhir — but my god they go through such difficulties 😭.

The series follows a young woman named Nahri who, after accidentally summoning a daeva (djinn) called Dara, discovers that she is the daughter of a powerful daeva. Dara takes her to the magical city of the djinn, Daevabad, where she meets the king’s younger son Ali, and forms a friendship with him. But things in Daevabad aren’t as good as they seem and Nahri finds herself caught up in djinn politics.

I need to get to the second book ASAP — and see if I can beg a publisher to send me an ARC of the third book, which comes out next January.

I read the first book in this series earlier this year and loved it. I can definitely see why some people don’t like it, but that’s mainly due to the writing and the slow plot and I can overlook those issues because I really like the characters.

I’ve also become a little bit obsessed with Samantha Shannon recently, and she’s now an author that I will be reading regardless of what genre the book is. There’s two other full books and a novella I need to read to catch up in this series, before the fourth book comes out next year!

Daughter of Smoke and Bone trilogy by Laini Taylor

I absolutely loved the first book in this series and I never got around to finishing it! I remember after reading Daughter of Smoke and Bone I kept thinking about the book for a solid month afterwards. The books follow a woman named Karou who works for a demon by selling wishes, when she gets caught up in a war between chimaera and seraphim.

I remember the plot being wild and confusing, but I loved it anyway because Laini Taylor is one of the best writers of this generation. Seriously, her prose is so beautiful and can bring anyone to tears — just read her Strange the Dreamer series if you don’t believe me!

I just read the first book in this series earlier this year and adored it! Howl’s Moving Castle is one of the most adorable books I’ve ever read and a forever favourite. And I really need to watch the movie too!

I don’t know what I thought Howl’s Moving Castle was about but when I read it, it wasn’t what I got — which worked out because I ended up loving it! It follows a young girl named Sophie who is cursed by a witch to become an old lady, so she leaves her family and joins up with the famous wizard Howl. I can’t say anything more without spoiling this book but … Howl and Sophie own my heart 💖. 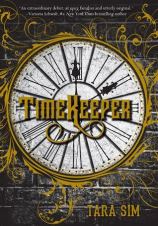 I read the first book in this series back in 2016, I think, and haven’t touched this series again and I don’t know why! I really enjoyed Timekeeper — the worldbuilding and alternate timeline was so interesting, and I adored all the characters.

I think I read about 70 pages of the sequel Chainbreaker, and then DNF’d it for a while, because the main pairing were splitting up for a little while and that made me sad, but one of my close blogging friends Silvia adores this series, and I want to finish it!

Anyway, the series follows a young gay man named Danny in an alternate version of London where clocktowers have spirits and control time. Danny is a clocktower repairman and someone is purposely blowing up the towers and freezing whole towns of people in time.

What book series did you still need to finish? Which ones on my list have you read and loved? Let me know! 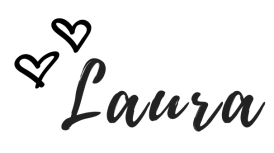 11 thoughts on “Series I Need To Finish”