Ummmmm … April is over? How? When did this happen?

My April-long readathon, #UnsolvedAThon (based on Buzzfeed Unsolved) is also over and I’m so thankful to all the lovely people who participated and who sent me encouragement. You’re all amazing people and I’m so humbled and blessed to be part of a wonderful community. 😭

Here’s my Postmortem for #UnsolvedAThon! Make sure you post yours too so I can see how well you did!

So let’s get into how I did this month! 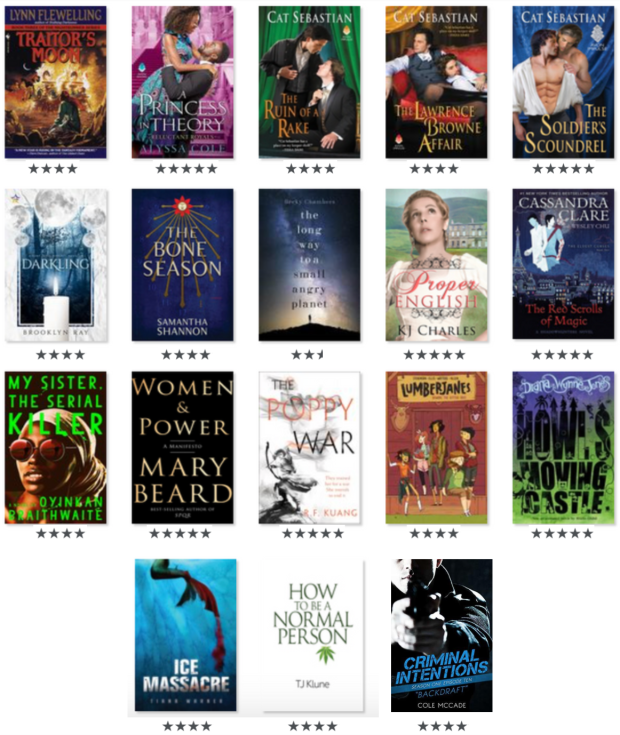 I only reviewed one book this month, which is bad for me, but luckily it was a 5-star review! The Gilded Wolves was an amazing novel with fantastic, realistic characters. I so quickly fell for these characters and I’m not kidding when I say I’d die for them. The magical system can be a bit confusing sometimes, but Chokshi’s writing and plot more than makes up for that.

Check out my review here! 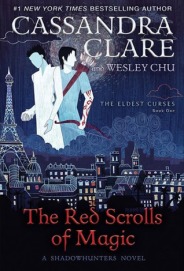 As if I would choose anything else for my book of the month: The Red Scrolls of Magic is of course the best book I read in April. I was so freaking excited for this novel and Simon & Schuster were so kind to send me a finished copy of the novel.

My absolute favourite thing of this novel is that it reminds me of old school Cassandra Clare. The writing reminded me of her The Mortal Instruments days as it was both funny and the plot was awesome. I sometimes got annoyed with Cassie’s writing in The Dark Artifices which is why I was so happy that TRSoM was so old school.

Alec Lightwood has always been my favourite character in Cassie’s entire Shadowhunter world, and let me tell you how much I cried at his characterisation — he grows so much and just deserves the world. 😭 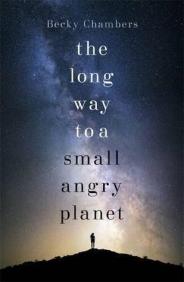 The Long Way to a Small, Angry Planet was boring. Like, nothing happens. Literally all the characters do is get this space job but instead of going there, they meet friends and party and get high and like … What am I reading this for? Nothing is happening, there is no plot! Usually, I don’t mind books that have little to no plot IF I love the characters. But sadly, I hated almost every character. Rosemary, the MC, has this massive secret that she’s worried about her new friends finding out and then they do and … that’s it. Her entire conflict is solved in three seconds. And also Kissy (I think that’s how you spell her name) was soooooooooo annoying! She never shut up and hearing her voice grated on my nerves.

The characters also never experience any conflict, aside from one named Simmion, who is a pair and their pronouns are they/them. But by the end of the book they’re a “he” again (too hard to explain) and so they’re less queer! But also why should I feel sorry that the pair is dying? We don’t know them because they were barely in the book! And finally, I hated the idea of a universally attractive species, especially one that is coded as female. Because people have different attractions and not to mention that ace people exist so like??

This month, I did something a little bit different! Instead of choosing my own TBR for May, I decided to let you all choose for me from a selection of 40 books — 4 per category. And you guys did! Check out my original post announcing the post and click on the image below to check out what books won:

This month marked the 3-month point of my 2019 bookish goals, and I shared how I was doing with both my reading and blogging life. Check it out here:

With the final season of Game of Thrones just having come out, I thought now would be a good time to share my theories! Check them out:

The past few months, I’ve read some amazing f/f novels and I wanted to share some of my absolute favourites with you in a post! Check it out:

The last Avengers film also came out this April and I thought I’d celebrate with a fun NSFW post about it. Check it out:

A lot of these audiobooks were on sale this month, so I went a little wild! Let me know if you’ve listened to any that you really love and that I should get to ASAP! 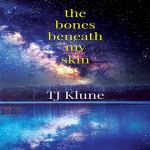 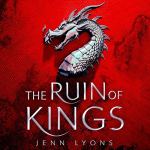 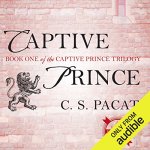 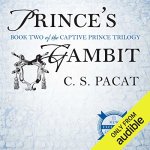 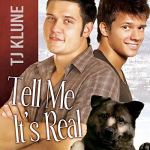 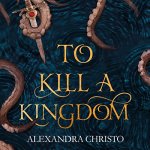 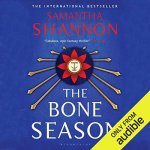 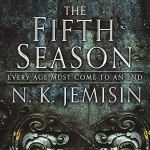 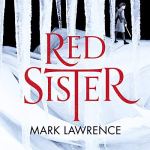 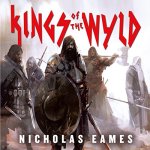 I had such a fun April! By far the best thing that happened was that I met my lovely friend and fellow blogger, Steffy @ Little Booky Nook! I was so freaking excited to meet Steffy! We’ve been friends for over a year now and she’s genuinely one of the sweetest bloggers out there, so I knew meeting her in real life would be amazing.

Steffy came down to Melbourne for a weekend to go to Supanova and to attend the Sarah J. Maas book event, so I took her out Saturday night for dinner in the CBD. I’m like the worst person to take someone on a touristy adventure because I kept getting lost on the trams 😅. To be fair, I don’t usually take trams in the city, I tend to walk everywhere, but it would have taken way too long for us to walk around the city 😂. But in the end, my going the wrong way meant we got to see the Docklands and take the old-fashioned City Circle tram, which has been around for decades.

We then went to dinner — I took her to a Korean BBQ place — and we then went to Carlton to visit my favourite independent bookstore. Then we got donuts, walked around Federation Square and hung out around the Yarra River. All in all, I had an incredible night and I seriously can’t wait to see Steffy again (maybe I’ll go to Queensland soon?) 😭 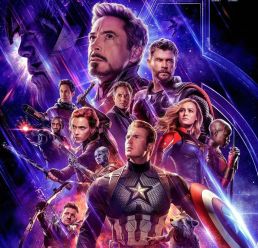 Excitingly, I watched Avengers: Endgame and only cried a lot. No spoilers I promise, but holy shit was that an amazing movie! Seriously, the Russo Brothers did such an amazing job and I’m in awe. I’m really happy with how each character’s story ended, even with the characters who died. It was such a satisfying ending to a 22-movie series. Please, please, please watch it! And soon too, before you get spoiled! 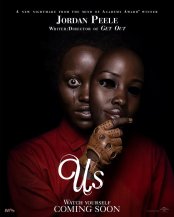 I also watched Us which was so freaking good! It wasn’t as scary as I thought it would be, but it was definitely creepy. I think the reason I wasn’t that scared was because I was so impressed by the world and the story. Admittedly, I did have to watch a video to explain the hidden messages, but that didn’t ruin my watching experience at all. I still really loved it!

And obviously I’ve started watching Game of Thrones season 8 as it’s the final season! I’m so freaking excited and terrified for it to end! 😭 By the end of May, it will be over and I can’t believe it. Funny story: I’m so obsessed with Game of Thrones that I told my work that I’m no longer available to work Monday mornings because that’s when GoT comes out for Australians 😂. You gotta do what you gotta do to avoid spoilers.

I also started rewatching The Magicians and was enjoying it much more than I did when I first started it. However, I recently found out something horrible about the most recent season which makes me not want to continue watching it. What do you guys think? To know what the spoiler is, highlight this white part: the main character, Quentin Coldwater, who is bisexual and was on the cusp of getting into a relationship with Elliot, who he was in love with, is killed off.

This May, I’m going to focus on reading the books that you all chose for my TBR! I’m going to try and post more on my blog, because I didn’t get to blog as much as I wanted to in April, so keep an eye out for some cool posts! I have an idea for one based on a booktube tag!

TBR (not including the books chosen by my followers):

How was your April!? Did you participate in any readathons? Did you watch Avengers: Endgame?

6 thoughts on “April Wrap Up: The Month of #UnsolvedAThon”

I've heard nothing but good things about The Unbroken by C.L. Clark so when I saw it at my local bookstore, I knew I had to get it! It's a North African inspired fantasy featuring a sapphic romance 👀
I'm so excited to finally get my hands on the signed Illumicrate edition of Winter's Orbit by Everina Maxwell!
Helllllooooo pretty book 😍
Thank you so much to @qace90 for sending me these amazing books for my birthday! I have been dying to get my hands on these books for ages, so I can't wait to read them!
Enjoy going to my local library ☺️
Excited to be reading these books for my friend and I's annual reading challenge!