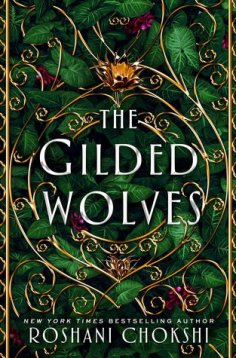 No one believes in them. But soon no one will forget them.

It’s 1889. The city is on the cusp of industry and power, and the Exposition Universelle has breathed new life into the streets and dredged up ancient secrets. Here, no one keeps tabs on dark truths better than treasure-hunter and wealthy hotelier Séverin Montagnet-Alarie. When the elite, ever-powerful Order of Babel coerces him to help them on a mission, Séverin is offered a treasure that he never imagined: his true inheritance.

To hunt down the ancient artifact the Order seeks, Séverin calls upon a band of unlikely experts: An engineer with a debt to pay. A historian banished from his home. A dancer with a sinister past. And a brother in arms if not blood.

Together, they will join Séverin as he explores the dark, glittering heart of Paris. What they find might change the course of history—but only if they can stay alive.

All artwork in this review is credited to the amazing Nicole Deal.

Wolves were everywhere. In politics, on thrones, in beds. They cut their teeth on history and grew fat on war.

I wasn’t really intending on reading The Gilded Wolves. I was intrigued, sure, but it was a hype book and you guys know how I feel about hype books! I tend to avoid them because I’m always so disappointed in them. However, many friends on Twitter were raving about this novel, and live-tweeting their reading of it, and I just couldn’t stop myself from giving it a go.

This book was a joy! An absolute joy for me to read! I fell in love with the writing and the world-building very quickly, but it was the characters that made me stay for the long haul.

The novel follows Séverin Montagnet-Alarie, a French-Algerian hotelier and treasure hunter who was stripped of his heritage by the Order of Babel ten years ago. The Order, a secret society of Paris, denied his claim as heir to House Vanth and named that house legally dead. However, Hypnos, the heir of House Nyx, offers Séverin the chance to restore his inheritance if Séverin and his team finds a mystical apocalypse-type object that the Order is searching for.

I loved Séverin. The poor guy has been through so much in his life but his commitment to his friends and his quest for revenge against the Order keep him going. It’s probably weird to say that I admire someone for their thirst for revenge, but I’d be lying if I said I didn’t. He is also deeply in love with Laila, a dancer and baker, who has her own fascinating history. Laila is Indian and traveled to France for a book that can help her stay alive. I won’t spoil why Laila has a limited life, but suffice to say it was an incredible attachment to her character. I can’t wait to see where Laila goes in book two. 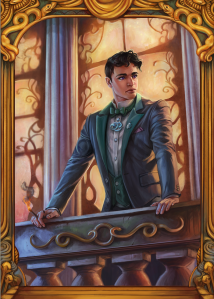 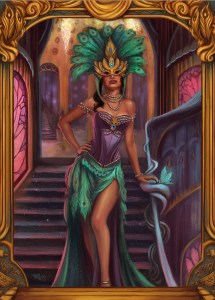 MY ABSOLUTE FAVOURITE CHARACTER WAS HYPNOS. Seriously, I adore this young man so freaking much. You know how I have a list of my all-time favourite characters? Yeah, well Hypnos just made that list. Hypnos is Black and queer (I’m guessing pansexual, but it’s not directly stated) and he’s the biggest little shit on Earth, but he deserves so much love and happiness. He’s not in Séverin’s group but he desperately wants to be. Y’all know I live for rude and dramatic characters who actually hide a heart of gold and just want to be accepted — and that’s Hypnos to a T.

Enrique is the historian of the group. He’s Spanish-Filipino and he really wants to be part of a group of Filipino scholars, but because he is biracial, they don’t accept him. He’s very sweet and sarcastic and I want to give him a massive hug. He is also falling for Hypnos and is possibly bisexual as he is also falling for Zofia. Zofia was definitely one of my favourite characters — she really touched my heart. I believe she is on the Autism spectrum, has anxiety, and she is Jewish and Polish. I love Zofia and Laila’s friendship too. Laila is always there for Zofia, like a protective older sister. 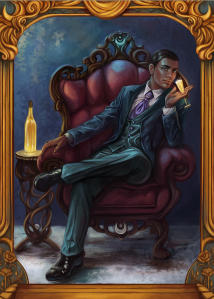 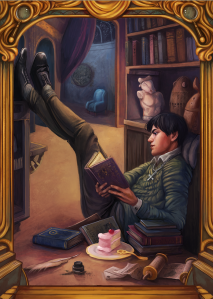 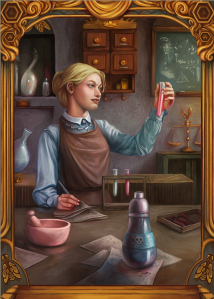 The last character is Tristan, who, like Hypnos, is not a POV character, but he is still important to the story. He is Séverin’s foster brother and he is probably the sweetest character I’ve ever come across! Seriously, my heart! He is a botanist and has a pet spider called Goliath, and they’re just adorable together. 😭

The plot is a wild ride of a novel. It’s gripping and electric and will keep you on the very edge of your seat. The worldbuilding is also so fascinating! I’ll be honest, the magic system can be a little difficult to wrap your head around, but eventually understanding comes through. Chokshi’s unique take on magic infused with science is so refreshing and imaginative, and her beautiful writing helps brings this wonderful world to life.

This book isn’t a typical fantasy and adventure novel. It also features some very frank discussions about colonialism, colourism, code-switching, and slavery, particularly through Séverin, Enrique and Hypnos. They’re important discussions and ones that more  historical fantasy novels need to be aware of. I love historical novels, but about 99% of them refuse to acknowledge any characters outside of the white, privileged stereotype and certainly don’t discuss any of these topics, particularly colonialism. Séverin, Enrique and Hypnos’ discussions about biraciality are touching and important, and also own voices.

What no one tells you is that even when you decide which world you will live in, the world may not always see you as you would wish. Sometimes it demands that you be so outrageous as to transcend your very skin. You can change your name. Your eye color. Make yourself a myth and live within it, so that you belong to no one but yourself.

The Gilded Wolves is a stunning novel and has made me even more excited to read Roshani Chokshi’s other books. I just fell in love wholeheartedly with everything about this fantastical world and the incredible characters. Please pick up this book so you can be obsessed too!

Also please check out Roshani Chokshi’s highlights and notes of her novel on Goodreads! They’re a gem and you learn a little more about the novel, the characters, and her writing process.

13 thoughts on “Review: The Gilded Wolves by Roshani Chokshi”