I’m hoping you’re all as excited about my Buzzfeed Unsolved inspired readathon as I am!

If you’re a little nervous about choosing books to read for the challenges — as there are some tricky challenges — never fear! I have a list of recommended reads for you to peruse.

Like I mentioned in the announcement post, so long as the book you choose somehow fits the parameters of the reading prompt (also known as the clue) — even loosely — you can read it! Trust me, I’m not going to be commenting on your blog posts with “Um, tHis bOoK Doesn’T fIT!!” You can read anything you want: novel, audiobook, eBook, graphic novel, comic, short story — anything!

I tried to give book recommendations for a whole host of readers, from the YA book reader, to the Adult fiction reader, to the Classic reader. Hopefully this list helps you! I can’t wait to see your TBRs!

And thank you all so very much for joining in on my readathon!

The Search for the Mysterious Mothman:

The Mothman is a legendary figure, believed to haunt Point Pleasant, West Virginia. He was first seen in 1966 by a group of teens on a drive. No one knows where he has come from, but many believe him either to be some sort of alien or to have come from another universe. Read a book about a mythical creature or a monster.

Books about a “mythical creature” can include anything from dragons, vampires, werewolves, faeries, mermaids, elves, gods, and whatever else you can think of! This book doesn’t need to be a fantasy title, you could even read magical realism!

The Chilling Mystery of the Black Dahlia:

Elizabeth Short, also known as the Black Dahlia, was found murdered in Los Angeles, California. She had been mutilated and her body severed at the waist. It is one of the most famous unsolved murder cases, due to its brutality. Read a very well-known/famous book.

The book you read for this category has to be one of those really famous books that define a whole genre: a book that everyone thinks about when they think of YA, or Adult, or Romance, or whatnot. If you’re still struggling to choose a book, choose from one that has over 50,000 ratings on Goodreads.

The Murders that Haunt the Lizzie Borden House:

Lizzie Borden became famous after she was the main suspect in the axe murders of her father and stepmother. Although she was tried and acquitted, many still believe she committed the murders. Read a book with an anti-hero or villain as the main character.

The book you read for this category can be a contemporary, a fantasy, a romance — anything, so long as the main character is an anti-hero or villain.

The Grisly Murders of Jack the Ripper:

Jack the Ripper is the alias of an unidentified serial killer that made his mark on the Whitechapel district of London in 1888. He murdered five women before suddenly disappearing. His identity remains a mystery to this day. Read a book about a serial killer or a murderer.

In 1947, something crashed in the desert near Roswell, New Mexico. The U.S. government was on site immediately after and the media published a report that an “flying saucer” had been captured. The military denied the claim and stated it was a weather balloon, but ufologists and other conspiracy theorists claim it was an alien spaceship and that the government seized the alien creatures onboard, covering-up the incident. Read a book involving aliens or outer space.

The book for this reading prompt doesn’t necessarily have to be set in outer space — you could read a book that somehow incorporates space.

The Enigmatic Death of the Isdal Woman:

An unknown woman was found dead in Isdalen Valley in Bergen, Norway in 1970. Her body was partially burned, and later, the police found that her clothes had their labels removed and that she owned at least eight passports, leading many to suspect she was involved in espionage. Read a book involving spies or espionage.

The Haunting of Hannah Williams:

In 2018, Hannah Williams bought a house in Los Angeles, and she is convinced that it is haunted by a malignant spirit of some kind. She receives a house call from Ryan and Shane, who explore her home with a medium and attempt to find out what is haunting her. Read a book involving ghosts/spirits.

Louis Le Prince was a French inventor and is widely believed to have been the creator of an early version of the motion picture camera – not Thomas Edison. But before Le Prince could unveil his invention to the world, he mysteriously disappeared, and Edison went on to be heralded as the father of motion pictures. To this day, few people have heard of Le Prince. Read a book that has less than 500 ratings on Goodreads.

Sometimes it can be hard to find a book that has under 500 ratings, so if a book you really like is just over (like maybe up to 800 ratings), feel free to still read it! Also, you could also read an ARC for this prompt, so long as it’s still under 500 ratings (which I’m sure it would be).

The Haunted Town of Tombstone:

The small town of Tombstone, Arizona, went down in history due to the 30-second gunfight at the O.K. Corral, between a group of outlaws called the Cowboys, and lawmen. Read a book about an outlaw/a group of outlaws.

The book you choose for this reading prompt doesn’t have to be a Western with cowboy outlaws. An outlaw can also include a group of criminals, or a character on the run, or someone that society views as dangerous.

The Odd Vanishing of Amelia Earhart:

Amelia Earhart was the first female pilot to fly solo across the Atlantic Ocean. Her mysterious disappearance during her circumnavigational flight across the Earth in 1937 has made her go down in history. Read a book with a female main character.

For this reading prompt, I want to encourage people to read a book with a main character who is a woman of colour, or a trans woman, or a sapphic woman — or a combination! Even better if the author shares the marginalisation with the character too.

The Harrowing Hunt for Bigfoot:

Bigfoot is believed to be a massive ape-like creature that lives in North American forests. He is a creature of folklore, but many believe to have seen the creature in real life, and some anthropologists work to prove his existence. Read a book about a mythical creature or a monster.

Books about a “mythical creature” can include anything from dragons, vampires, werewolves, faeries, mermaids, elves, gods, and whatever else you can think of! This book doesn’t need to be a fantasy title, you could even read magical realism!

The Strange Disappearance of D.B. Cooper:

D.B. Cooper is the name of an unidentified man who, in 1971, hijacked a Boeing 727 plane, demanding a $200,000 ransom from the U.S. government. After he received his money, Cooper parachuted off the plane … and was never heard from again. The FBI launched a massive hunt for him, but he was never found, and the case of D.B. Cooper remains the only unsolved air piracy case in history. Read a mystery or thriller book.

The Haunting of the Salem Witch Trials:

The Salem Witch Trials were a chain of trials, prosecutions and executions of people accused of witchcraft in Salem, Massachusetts from 1692 to 1693. Fourteen women and five men were killed. It is still viewed as the deadliest witch hunt in American history today. Read a book involving witches.

The Horrifying Murders of the Zodiac Killer:

The Zodiac killer was a serial killer that went on a horrific spree from 1968 to 1969. He is most famous for his taunts, letters and ciphers to the police and detectives investigating him, which he signed with a zodiac symbol. To this day, his identity remains a mystery, and many “copycat” killers have taken inspiration from him. Read a retelling.

The Secret Society of the Illuminati:

Historically, the Illuminati is a secret society founded by Bavarian men in 1776. The secret society opposed religion, abuses of state power, and the deliberate prevention of knowledge (obscurantism). It went into decline around 1798. However, many conspiracy theorists believe that the group still retain power and have even gone so far as to secretly control the entire world, mainly through the cloning of celebrities, and that their goal is to enforce a totalitarian world government. This is known as the New World Order. Read a book about or involving a secret society.

The Suspicious Assassination of JFK:

John F. Kennedy was the 35th President of the United States. In November 1963, he was assassinated in Dallas, Texas by a man named Lee Harvey Oswald. At least, that’s what the government said. Oswald was arrested 70 minutes after the shooting, and two days later, Oswald himself was assassinated by a man named Jack Ruby, who later died awaiting trial. Read a book about or involving an assassin.

Also known as the Old Alton Bridge, this bridge connects the cities of Denton and Copper Canyon in Texas. According to local lore, the bridge and the surrounding forest is believed to be the home of a satyr-like demon, that attacks people who attempted to walk on his bridge. Read a book about or involving demons.

In 1990, the Isabella Stewart Gardner Museum in Boston fell victim to a heist. Two men posing as policeman gained entry into the museum and proceeded to rob 13 pieces of art, valued at more than $500 million. The artworks have never been recovered but as of 2018, Interpol and other connected agencies believe they are getting close. Read a book involving a heist or thieves.

3 Horrifying Cases of Ghosts and Demons:

The Winchester Mystery House, the Island of the Dolls, and the Sallie House – a collection of horrifying locations widely purported to house ghosts and even a demon. Read a collection of short stories/anthology.

In 2000, art dealer Forrest Fenn reportedly buried treasure worth over a million dollars somewhere in the Rocky Mountains – mountains that span the US and Canada. It is believed that the value of the treasure is worth over $10 million today. As of July 2017, the treasure has not been found. Read a book involving an adventure or quest.

Of course, like I mentioned, you don’t have to stress too much about the books you choose — so long as they loosely match the prompt, you can read it!

Hope you’re looking forward to the readathon as much as I am! 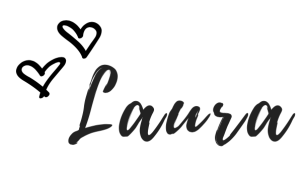