Wow, February is over! How has two months already passed by? That’s unbelievable!

This month was my birthday month and I celebrated it three times because I’m extra: with my immediate family, with my extended family, and with my best friends. I got spoiled for presents — so many book gift vouchers, everyone knows me so well! — and then I spent my birthday money on makeup from Sephora 😅. Thanks to my grandmother, I now have two Fenty highlighters!

This has been a really good reading month for me! I read SIX of my most highly anticipated books this month: The Weight of the Stars, The Fever King, The Gilded Wolves, The Time Traveler’s Guide to Modern Romance, Daring Duke and The Priory of the Orange Tree.

I was so lucky to have been given an ARC of Red, White & Royal Blue back in January, and trust me when I say it’s going to be the best book of 2019 for so many people — myself included.

The bi rep is incredible, the main characters are so beautiful, and the plot is so much fun. The book is serious and fun at the same time, I absolutely adore it. Review

In early February, the beautiful K. Ancrum tweeted that if you’re a blogger or reviewer and you wanted to read The Weight of the Stars, she would send you an eARC of the book! I ended up emailing her and she quickly sent me a copy back, which is amazing!

I loved the novel — I read it all in one day because it was so soft and beautiful and genuinely amazing. I encourage you all to read it when it comes out. Review 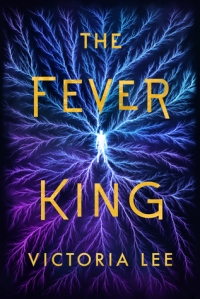 TWO BOOKS OF THE MONTH! Wow, this hasn’t happened in a while, I’m excited!

The Fever King was absolutely incredible. I wasn’t originally excited for this book but then I had seen friends of mine read it and love it and so I added it to my TBR. The book ended up being the YA choice for Amazon Firsts and so I got the chance to read it a month before it actually came out, for only $2 — and IT WAS GLORIOUS. I’m so glad I read this book because it’s now one of the best books I’ve read this year so far. My review will hopefully be up sometime in March.

I received The Priory of the Orange Tree as an ARC from Hachette Australia as I’m going to be part of the blog tour in March, and expected to like it but I didn’t think I’d love it as much as I did. Priory was so freaking incredible it is now the best high fantasy novel I’ve ever read — I can’t deal with how beautiful it was. It has a stunning f/f romance that doesn’t queerbait or end with one of them dying. The plot and the writing was also FANTASTIC. My review for this book will be up early March! 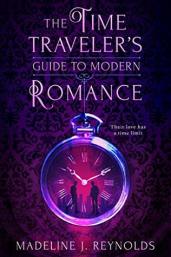 I was quite disappointed in The Time Traveler’s Guide to Modern Romance. I expected better but it was quite boring. I didn’t realise it was a novella, I thought it was a full-length book.

The first half of the book was pretty good, but the last maybe 30% brought my rating down. The writing wasn’t as good as it had been at the beginning of the book. I don’t know if that’s because I read an ARC, but I definitely think the writing grew more childish towards the end of the book and was definitely more ‘tell’ rather than ‘show’. It grated on my nerves quite a lot.

This month, I announced that I will be hosting a readalong of Gone with the Wind by Margaret Mitchell all throughout March. I’m very excited to read this book and I hope you consider joining me in reading it!

I will be reading 200 pages a week, for 4 weeks — which means you can finish this massive book in just one month! I will also be posting discussion posts once a week about my thoughts on the book and you can join in on the discussions too.

I think I wrote my absolute favourite bookish post ever this month: a post I call ‘Thank U, Next’. Basically, in this post I talk about my most hated books ever and I get super dramatic about it with a bunch of gifs. I call it ‘Thank U, Next’ so I can move on from that book and/or author.

I also wrote up a special Valentine’s Day post! Now I am super anti-Valentine’s Day — I just think it’s a total waste of a day — and so instead of featuring a bunch of romantic books on a blog post, I decided to talk about books with NO ROMANCE! Because I’m so contrary.

This month, I started listening to audiobooks and it was a great experience! Initially, I’ve always been a bit apprehensive of audiobooks as I had no idea where to begin or what to download, so I wrote up a handing little post for people like me! Hopefully you can find something to help you too!

I also posted by TBR for the #Hamilthon — a Hamilton inspired readathon that is being hosted all throughout March!

I finally posted the last ABC Book Challenge post! It was a lot of fun doing this post series over many months, and I’m kind of sad its over! Check out my final post, the letter ‘Z‘.

I also took part in the Book Interview tag, which was so much fun! It was like a little interview. Check out the post here and see who I tagged in turn.

As it was my birthday month, my family gave me presents and some relatives bought me book vouchers which I then went a little wild with!

This month, season 2 of The Dragon Prince came out and to say I was excited for it would be a massive understatement. It was such an amazing season and I love where all the character arcs went. I especially loved Claudia and Soren’s arcs, even though they made me cry, and my little bubba Ezran! I am so freaking excited for season 3! Especially because season 2 ended on a cliffhanger!

I watched Derry Girls back in January but I never spoke about it in my wrap up which shame on me! I watched it again this month because it’s so freaking funny! It’s such a great show about young girls just living their lives in Ireland, trying to deal with school and family while the Irish civil war rages in the background. I absolutely adore this show because the girls are such realistic representations of young women today — they’re not sexualised, they’re not sex-crazy; they’re normal girls who get into crazy situations. I love this show and I want you to watch it ASAP!

ALSO! Season 3 of One Day at a Time dropped and HOLY CRAP! Did they have to go so hard? Every episode was funny and so important as this season discussed issues like consent, drug addiction, a queer person’s first time having sex, and so much more. And even though it discusses such topics, it’s still a genuinely funny comedy. WATCH IT!

HOW WAS YOUR FEBRUARY?

How many books did you read? Did you watch any good shows or movies? Let me know!

13 thoughts on “February Wrap Up: The Month of my Birthday”