You may be wondering what an Australian is doing completing the Fall Book Tag, because it’s not Fall in Australia, it’s Spring! Well, that’s because …

My sister and I very spontaneously planned this trip back in August, as a graduation present to ourselves because we’re both graduating at the end of the year. We’re only going away for two weeks, where we’ll spend Thanksgiving in New York, before heading off to Washington DC and then Boston.

I’m so excited to go to America and I’m even doubly excited that we’re going during the Fall. I’ve seen so many American movies set during the Fall season and it looks so picturesque and pretty. Also, I just really want to try pumpkin spice latte 😉.

So in celebration, I thought I’d say goodbye for two weeks with the Fall Book Tag! (Although I’ll be gone for two weeks and am not bringing my laptop, I’ve scheduled some posts. I just won’t be responding to comments or blog hopping for the next two weeks.)

The tag was created by Alina at Tall Tales. All graphics created by myself — feel free to use them!

Strange the Dreamer by Laini Taylor is an incredibly immersive, beautifully vivid novel. I honestly could not put this book down because every inch of it it chock full of stunning imagery. My absolute favourite part of this novel, and the sequel Muse of Nightmares, is the rich setting. I fell in love with the world of Strange the Dreamer because Laini Taylor’s descriptions are so hauntingly lovely. It’s a book about a young orphan named Lazlo who has spent his life obsessed with a strange city named Weep, who’s real name has been wiped from the world. He gets the chance of a lifetime to join a delegation heading to Weep in order to help the people that live there. But what he discovers there is a world filled with magic and beings from outer space and gods. I want to live in this magical world. And if you read it, you’ll want to too! 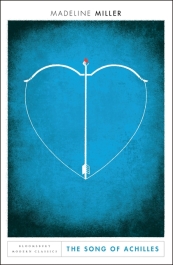 The Song of Achilles is hands down one of the most beautifully written novels ever. Madeline Miller has such a way of words: her sentences are profound and intimate and make you feel as if you’re part of the novel itself. And The Song of Achilles is a book that is wrapped in loss and grief, and a big portion of the novel is dedicated to how the characters deal with losing each other. It’s a retelling of the Iliad from the perspective of Patroclus, and if you know anything about Patroclus and Achilles and the tale of Troy, you probably already know what kind of grief they deal with.

The Immortal Life of Henrietta Lacks is an incredible true story about a young black woman who passed away in 1951 from cervical cancer. Just before her death, scientists took Henrietta’s cancer cells and reshaped the course of human history forever. Henrietta’s cells — still for an unknown reason — mutated aggressively and became the first human cells ever grown in culture. In fact, they are still mutating today, hence the title ‘immortal’. But Henrietta’s cells were taken from her without her permission, and for years her family didn’t even know what was happening to them. Through the cells, laws were created to ensure that patients are always 100% aware of what their doctor is doing at every given time. This novel taught me so much from cell culture, to the creation of laws involving medicine, and doctors and patients, and so much more.

If you guys don’t already know what group of friends I would join, do you even know me?? Obviously I would loved to be a part of the gang from The Mortal Instruments: my beloved Clary, Jace, Alec, Magnus, Isabelle, Simon, and Maia. God I love these characters. They’re all so supportive of one another, and are just incredible together. I would join them in a heartbeat. And look at their amazing drawing by Cassandra Jean! They’re even hanging out during Fall!! 😍

The first book is Mansfield Park by Jane Austen. I haven’t read this book but I’ve seen the movie and I adore it. It also has a beautiful cover and spine, although the colours are more suited to an Australian autumn.

The second book is The Secret History by Donna Tartt, a very creepy atmospheric read for Fall. The black cover and cold coin on the spine is typical Fall colours too.

The third book is I Was Born For This by Alice Oseman, the only one of her books that I haven’t read yet. Do I even have to mention the orange cover is typical Fall?

The fourth book is Kings Rising by C.S. Pacat, one of my favourite books ever. The gold spine is so remnant of Fall, along with the red writing.

The fifth book is Anna Karenina by Leo Tolstoy and just look at that spine: the red flowers, the orange and cream patches — it’s very clearly a book meant to be read in Fall.

The sixth book is The Cruel Prince by Holly Black. The white, black and gold of the spine is typical Fall, but the book itself is also very atmospheric and creepy, with faeries and other strange creatures. 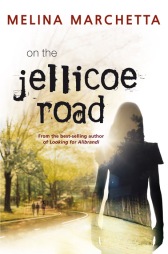 On the Jellicoe Road is one of my favourite novels of all time. It’s an Australian young adult novel about a girl named Taylor who was abandoned by her mother on Jellicoe Road at the age of 11, and who is taken in by a caretaker named Hannah. Six years later, Hannah has disappeared, Taylor has been made House Leader and has to deal with the annual turf wars between her school, the kids from the town high school, and the cadets that camp nearby every summer — the leader of which is the boy she tried to run away with when she was 14. But while Taylor is dealing with all that, she’s also reading the manuscript that Hannah has been working on for years, a story about a group of five teenagers from 20 years ago who lived on Jellicoe Road — a story that may not just be a story.

Black Iris is definitely a dark read and it’s creepy in the sense that it is hauntingly realistic. I absolutely love this book. It’s about two girls who make it their mission to dismantle rape culture and the men who upload it … by beating the ever loving crap out of them, killing them, humiliating them, and getting revenge on them. Yep, like I said it’s amazing and it’s super dark. It also features a f/f romance which is in part toxic and in part loving. Read this book at night and get creeped out but low-key inspired to. You’ll want your own girl murder gang too.

Pisces Hooks Taurus is the fourth book in the cute and sweet Signs of Love romance series by Anyta Sunday. While every book in this series is heartwarming and can warm up a cold and rainy day, Pisces Hooks Taurus is the one that made me squeal the most. It’s so fun — every element in this book. from the characters to the plot is adorable and soft and just so freaking sweet. The book is about a guy called Zane who wears his heart right out on his sleeve: he can’t wait for the day he meets the love of his life and falls in love at first sight. But he has to do so in less than a month before his visa runs out and he has no place to live. Then he meets Beckett, a divorced English professor who allows Zane to live with him until he has to go back to New Zealand. Zane spends the rest of the novel trying to convince realist Beckett in meet cutes and love at first sight, while Beckett tries to (and fails) to ignore him.

If you’ve been following this blog for any amount of time, you know that I absolutely adore Pride and Prejudice. I first read this book for a high school English class and fell in love, but prior to that I had watched the BBC mini series over and over again with my dad. He absolutely loves Pride and Prejudice and watching it together made me love it too. Since then, I’ve read this book at least once a year (or I try to) and I own 19 (?) copies? I buy a copy of the book from every city I travel to as a memento. I even have one  in Italian! I definitely want to read this book again before the end of the year!

I have a couple of cozy reading accessories, my favourite one being my U-shaped pillow. It’s this big pillow in the shape of — surprise — a U that I can lie down on a read comfortably. Literally, this pillow is massive. I have a kindle, which I love more than anything, and a library bag that’s green and has little sheep on it. Plus I have a few bookish candles. I also have a collection of amazing bookmarks that I love to look at! Here’s some of my favourites:

There’s a young warrior that I got from a Fairyloot box, then there’s Damen and Laurent (two of my favourite characters ever) from the Captive Prince series, and then there’s Charlie and Nick from Alice Oseman’s Heartstopper comic. I don’t know if you can tell, but that bookmark is signed by Alice Oseman! The candle on the left is called Prince Cardan, the evil prince from The Cruel Prince and it smells incredible: clove, oak-wood, moss, leather, black pepper and pine. The other candle is called the Hinterland, and I got it from a Fairyloot box. I can’t remember which book it’s supposed to be from (maybe The Hazel Wood) but it smells like oak moss and tea leaves.

(Also, please don’t feel obliged to do this tag if you don’t want to / have already done it!)