This is a love story.

It’s the story of Howling Books, where readers write letters to strangers, to lovers, to poets.

It’s the story of Henry Jones and Rachel Sweetie. They were best friends once, before Rachel moved to the sea.

Now, she’s back, working at the bookstore, grieving for her brother Cal and looking for the future in the books people love, and the words they leave behind. 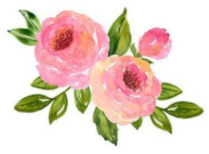 Words in Deep Blue is undoubtedly one of the most beautiful novels I’ve ever read. If you want to read something that will tear your heart out and simultaneously restore your belief in love, pick this novel up immediately. I have not read a Cath Crowley novel before, and I must rectify that as soon as possible. Crowley is one of the reigning queens of #LoveOzYA fiction, and if any of her books are like Words in Deep Blue, I see many 5-star reads in my future.

Like many readers, I like reading about books about books, and this book is about books and letters and a bookstore. Did that make sense? Anyway, the novel is set in a second-hand bookstore that features a letter library: you can’t borrow any book from this section of the store, but you can write letters and leave them in the book — or even write all over the book — for strangers, or for an intimate person. It sounds like such a lovely idea, and I will pay so much money for that to happen in real life.

The book is dual-narrated by Henry and Rachel, ex-best friends who are slowly becoming friends again. Their friendship broke when Rachel moved to the seaside … or so Henry thinks. Rachel moves back to the city after the death of her brother, as her family thinks she needs to spend time with people her own age in order to begin to move on, and she doesn’t tell anyone about her brother’s drowning. Rachel is severely depressed and traumatised, and doesn’t have time for Henry … but the boy is determined to be her friend again, no matter what.

The bookstore is a building, but it’s not only the building. It is the books inside. People are not only their bodies. And if there is no hope of saving the things we love in their original form, we must save them however we can.

I loved both of these main characters, they’re so real. I honestly feel like I know them. Rachel is dealing with grief: she’s angry at the world, rude, and just wants to be left alone, and you can feel her heartache. Never have I wanted so much to hug a character in my life. Henry is a little bit of a shit, let’s be honest: he’s funny, optimistic and super loveable, although at times he can be annoying, especially as he’s trapped in this weird on-again-off-again relationship with his ex-girlfriend — who I despise. Literally I have never hated a female character before, this is a first and I don’t know what to do.

The secondary characters are also refreshingly real. I adore George, Henry’s little sister. This girl is sassy, funny, and not at all afraid to be herself. While Rachel and Henry are the main characters, we get to read George’s secret letters to a mystery boy who has a crush on her. And, oh gosh, these letters touched my heart in irrevocable ways. George is initially suspicious of this boy, only because she is often bullied, and watching her armour diminish, allowing her to fall in love was so touching.

I’m a reader who loves her tropes, and Words in Deep Blue has so many of my favourites, including, best friends to enemies (sort of) to lovers, and second chance romance. I’m always a bit hesitant to read second chance romance, because oftentimes the author doesn’t put much work into developing feelings between the characters, because they rely on the past relationship that isn’t shown on page. I’m always disappointed in this because just because you tell me characters had feelings for each other, that doesn’t really mean anything unless I read it — see it — for myself. But Crowley doesn’t rely on this often-used method; all the feelings between Henry and Rachel are unresolved and so strong, and as a reader, you’re left gasping through the angst.

We are the books we read and the things we love.

I’ve seen many other readers call this book a calming experience, and I have to agree. There’s just something about reading about books and second-hand bookstores that is harmonious and lovely. Although Word in Deep Blue is sad, it’s also beautiful and tender and sweet, and you will love it.