This month, I really procrastinated the crap out of everything: uni assignments were ignored and then frantically written the night before; I basically pretended ARCs didn’t even exist; and I called in “sick” to work more than I probably should have. It wasn’t a fun month, it was a tired month. And I anticipate a similar October. *Sigh* I just really want to be on my holiday.

This is one of my favourite books of all time. I first read it when I was 14, and most recently this year (twice, actually!). I have now read it four times and I anticipate many more rereads — in fact, I’m hankering for another reread before the year is over. It’s a beautiful, moving novel about one girl’s quest to find her mother, along with territory wars, a secret manuscript, and a serial killer in the background. Yeah, it’s amazing.

The sequel to The Gentleman’s Guide to Vice and Virtue is everything you want in a novel and more. Felicity is an incredible character: she’s ambitious, strong, and follows her dreams. The girls she befriends are powerful women, who you will fall in love with immediately, trust me. I love this book and you will too.

If We Were Villains is a novel I didn’t anticipate loving, especially because I didn’t enjoy the beginning so much. But, oh gosh, it’s a novel that burrows it way into your heart and rips it apart. I adore Oliver and James so much, I was tearing up almost every time they were on page. Please pick up this book! 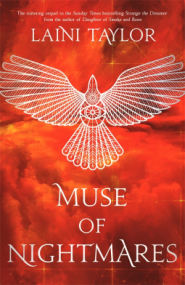 Muse of Nightmares was the perfect sequel to an already amazing novel. I cried, I laughed, I fell in love over and over again with these beautiful characters. Lazlo, Sarai, Thyon, Eril-Fane, Azareen, Suhelya, Feral, Sparrow, Ruby … all of them are amazing characters and they make the novel. You will love this book, trust me.

I was so lucky to have received an ARC of KJ Charles’ newest romance novel, Band Sinister! It is an amazing, amazing novel that I already want to reread. It features an intellectual group of free-thinkers, a soft country virgin who loves his sister more than anything, and a wonderful and healthy polyamorous relationship. I highly recommend this book!

Book(s) of the Month

There were two incredible novels I read this month, that both have the honour of being my favourite books I read!

The first is Over and Over Again by Cole McCade. The novel follows nineteen-year-old Luca, after crashing a motorbike, is sent to work on his father’s best friend’s farm for three months, as his parents don’t know how to control him. Imre is 46 years old and has lived in solitude for a good portion of his life, caring for the animals on his farm. Luca, as a boy, used to be in love with Imre, in only the ways little boys could, but as they spend more and more time together, those old feelings come back … and this time, they’re reciprocated.

Over and Over Again is a behemoth of a novel. It’s almost 700 pages long, but it is worth it. I cried, laughed, cried again, and fell in love along with Luca and Imre. I also related to Luca’s issues with his parents quite strongly. Please read this book!

The second amazing novel I read is Muse of Nightmares by Laini Taylor, the sequel and final novel in the Strange the Dreamer duology. It’s an incredible book and Laini Taylor is seriously, without a doubt, one of the best writers I’ve ever read. Every word has meaning, and every sentence is teeming with powerful imagery. I adore this novel and this series so much, read it!

Thrall by Avon Gale and Roan Parrish wasn’t a bad novel, but it was a disappointing one. I had pretty high expectations for the book and for the most part they were met … until the end.

I really loved all of the characters: Lucy, Mina, Arthur and Van were great people, and their respective romances lovely and sweet. Lucy and Mina are already in an established relationship, but their love is so real. And Van and Arthur flirt like hell, I was giggling half the novel.

But I did find the ending very anti-climatic. The book, which is a mystery, is leading up to something, and when I discovered what it’s actually about, I deflated. It’s not a bad ending, it was just a weird, kind of confusing one. The ending literally comes out of nowhere. If you read it, you’ll know what I mean.

I’m currently completing The ABC book challenge! This is a weekly tag where bloggers share memorable titles starting with a letter of the alphabet, as well as books on their TBR also starting with that letter.

A post of this series comes out every Tuesday!

Check out my posts for September:

I also completed the 100 Truths tag, where I answered 100 questions about myself and my opinions/beliefs. To check the post out, click on the image below!

This month, I wrote about six YA series that I really want to read, but don’t have time and energy to devote myself to — or, in Laura-speak, series that I cbf with. Check out the post by clicking on the image below!

I also decided to join the Contemporary-A-Thon, a week-long reading challenge where you read a collection of contemporaries based on a prompt. I … did not do well, which is why I didn’t post a wrap-up. I ONLY READ ONE BOOK! FOR SHAME! Anyway, I’m not even going to link the post because I didn’t read any of the books.

That being said, I decided to join ANOTHER readathon. You know, because the previous one went so well. It’s the Five-Star Readathon, where you read books you think you’ll be rating 5 stars when you finish. Click on the image below to check out my TBR! Here’s hoping I’ll actually complete this readathon!

This month I participated in FOUR blog tours! Each tour includes exclusive excerpts from the books, so click on the images below to check out the posts! 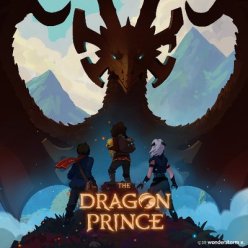 I binge-watched The Dragon Prince this month, a new Netflix original animated series by the creators of Avatar: The Last Airbender.

It was seriously amazing. I’m still reeling from how much I loved this freaking show, I’ve watched it twice now. I even convinced my friend to watch it and she continually spams me with fan art and theories and stuff.

WATCH THIS SHOW! WATCH IT NOW! 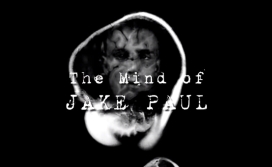 Shane Dawson, my favourite YouTuber, aka the only YouTuber I watch, has started a new series .. about Jake Paul. Yeah I hate him too, but I’m giving Shane the benefit of the doubt here. So far, only the first two of eight episodes have dropped and not much has happened. He’s basically interviewed people: one, a gossip person who follows YouTubers’s drama, explained how Jake Paul is; and the second a psychologist who explained what a sociopath is, because many people believe Jake is one. I’m keen to see where this series goes, but I hope he doesn’t try to redeem Jake. I couldn’t deal with that.

So far we’ve only watched Paranormal Activity, which wasn’t as scary as I thought, but the lead-up was horrifying. I still really liked it and want to watch the others!

I’m really excited to be joining in on Destiny and Kathy‘s readalong of Stephen King’s It! I’ve had this book on my TBR for ages, and have been trying to read it since last year, so here’s hoping I actually manage to read it!

How was your September?

How many books did you read? Did you watch any good movies or TV shows? What’s on your TBR for October? Let me know! 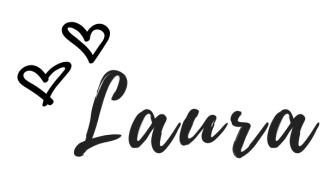 13 thoughts on “September Wrap-Up: The Month of Procrastination”