So another month has passed us by and I don’t know how that happened: I remember I had 7 weeks off from uni, but what I did is anyone’s guess.

This month was a strange one: I read quite a few books, watched a lot of TV and movies, had a productive social life, but feel like I didn’t do anything? Does anyone else feel like this sometimes? It’s strange.

Uni started up again last week and I’m really hoping it won’t impact my blog too much, but we’ll see how August goes!

A phenomenal, spine-tingling novel about domestic abuse and how to overcome it.
Read my review

K.J. Charles has stepped up her game with a triumphant return to paranormal romance.
Read my review

A life-affirming, heartbreaking novel about the importance of living life to the fullest from the perspective of two boys who have less than 24 hours left to live.
Read my review

Read for our YA Book Bloggers group on Goodreads, Cinder was an utterly unique take on the classic Cinderella story – fun, fast, and full of Cyborgs!
Read my review

Book of the Month:

I couldn’t pick just one book of the month for July, because I read two equally amazing novels.

An Unsuitable Heir is the third and final novel in K.J. Charles’ Sins of the Cities series, wrapping up the plot from the past two novels. The book features a pansexual character and a genderfluid character, and to say I was excited would be a massive understatement. The novel is set for publication in October – enough time for you to read the other two novels in the series.

They Both Die at the End is Adam Silvera’s third novel, and a truly incredible one at that. I laughed, I cried, but most importantly, I learnt.

While I did enjoy this novella, it didn’t blow my mind like I thought it would. Because it is part of an anthology – and I only read this one – I didn’t always know what was going on, and to be honest, I only really cared about the characters: Orpheus and Eurydice. It was good, if a little slow, but I did really like the love interests and shipped them hard. An average read.

While I was nominated for this award last month, I didn’t get the chance to write it up until now! Click on the award button to read my advice and who I nominated for the Mystery Blogger Award in return.

This month I participated in:
The New Disney Princess tag
Who Am I? tag

Kindle’s ‘Buy-Now-With-1-Click’ is not my friend.

I seriously need help – I need to stay off Amazon for a while, I think.

This month, I reached 300 followers on my blog and gosh, thank you to everyone! I can’t believe over 300 people follow me and read my weird reviews – you are all amazing and I’m so thankful for each and every one of you!

As a thank you to my fabulous bloggers, I decided to host my first ever giveaway! The giveaway will run from July 26 to August 26, and the winner will choose one novel from selected 2017 reads – basically my favourite books – and Book Depository will ship it to them! To enter the giveaway, read the rules and T’s&C’s, click on the image above!

I watched Voltron: Legendary Defender on Netflix, after seeing so many friends on Twitter rave on and on about it. I really enjoyed this show, but I will say I preferred season 2 over season 1. And, while I did enjoy it, I don’t really see the popularity of it, and the obsession behind the show either: don’t get me wrong, the characters and plot were interesting, just not as good as I thought it would be. I think I had high expectations based on people’s reviews, and I ended up being mildly disappointed. I must also point out my annoyance at the lack of female characters; aside from a princess and a witch, every other character in the main team was male. However, there was a trans boy, and that was very heartening to see, especially in a fantasy. 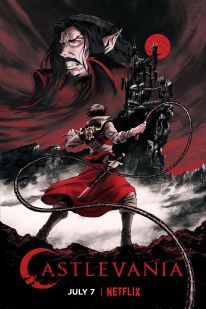 I also watched Castlevania, and omg, stop whatever you are doing right now and watch this incredible show. It’s a Netflix original, with only 4 episodes in the first season, that go for only 25 minutes. You can watch it in one sitting. The show, based upon the video game series from the 90s, follows Trevor Belmont, last surviving member of the disgraced House of Belmont, as he tries to save Eastern Europe from Dracula and his army from hell.
The show definitely feels like a video game, but it’s easy to get swept up into the storyline. I highly recommend this show if you’re looking for something quick and entertaining. 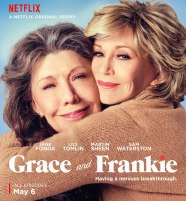 I also binge-watched all of Grace and Frankie on Netflix and it was hilarious! I’ve never watched a show about older women before, so didn’t think I would like it, but Jane Fonda and Lily Tomlin are simply amazing in the show. The show follows Grace and Frankie, two completely different women who, after they discover their husbands of 40 years are divorcing them and then marrying each other, have to start life all over again at the age of 70. The show is not just about Grace and Frankie – it’s also about the ex-husbands, and the lives of their children. Such a heart-warming, life-affirming show. Highly, highly recommend!

I watched Spider-Man: Homecoming and it was the Spider-Man movie Marvel fans have been waiting for, for years. The movie closely connected to the original comics (Peter is finally 15 again), the characters were diverse, the humour on point, and the cameos exciting. I will see it again in a heart beat. Everyone, please go watch this amazing movie, even if you don’t follow the Marvel movies.

I also watched All Eyez On Me, the Tupac Shakur biography/lifetime movie. I quite enjoyed the movie, but I do know that a lot of people were disappointed in it. Now, I don’t know anything about Tupac, or HipHop culture, so that is probably why I liked it. Much of the criticism surrounding the movie was the fact that it didn’t do justice to Tupac’s legend status. The movie just gives basic info into Tupac’s life, from birth to death. I think All Eyez On Me is a movie for people like me: those who don’t know anything about Tupac.

I was very lucky enough to see a performance by the Melbourne Theatre Company of Shakespeare’s Macbeth, starring the Australian actor Jai Courtney, best known for his role in Spartacus: Blood and Sand and Suicide Squad. 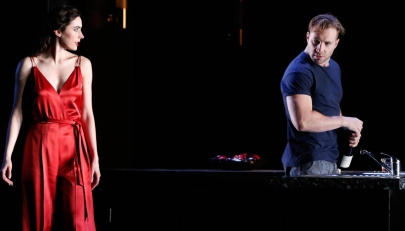 The performance was absolutely incredible. Jai Courtney shone as Macbeth and Geraldine Hakewill was indomitable as Lady Macbeth. The stage was astounding: set in modern times, but utilising Shakespeare’s language, the stage featured a rotating stage with three to four different sets/scenes at one time. The concept was of a land ravished by war, where a madman rises to power and eventual tyranny – it was surreal to see. The lighting was dark throughout the entirety of the play and the only lights were from fires, candles, and lightbulbs, lending a sense of fear to the entire play.

I am still shook from the ending: I don’t want to give it away (unless you ask nicely), even though there’s a good chance you’ll never see it, but the director’s interpretation of the ending was ingenious. I am still left reeling, weeks later. 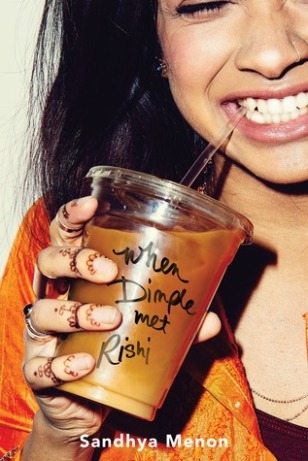 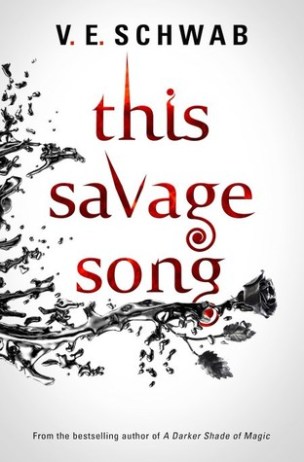 This coming month, I also joined #TheReadingQuest challenge! I haven’t participated in a reading challenge in months, and am super excited to get into this one! Aentee @ Read at Midnight is the creator and has based the challenge on an RPB video-game! You pick a character and follow along their chosen quest (books) with the chance to take side-quests (more books)! Check out my sign-up post by clicking on the image below!

I am super excited for August!! Bring on the reading challenge and the Books of the Month!

How was your July? How many books did you read? Watch any good shows? Are you also participating in #TheReadingQuest, or the YA Bloggers Readalong? Enter my giveaway too!!