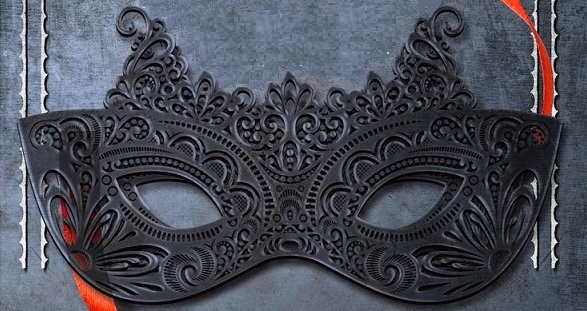 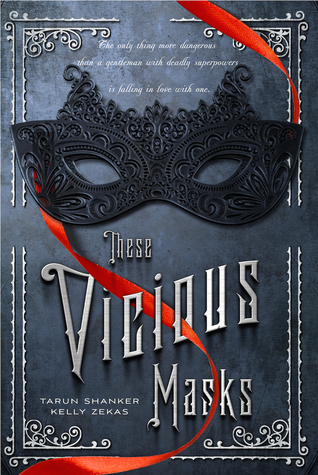 “The absolute joy in life, in friendship, in love, is learning about a person, deciphering them, taking each and every mask off to find a new one, waiting to be explored and understood.”

These Vicious Masks is everything I love in a novel and more. Victorian society, badass women, dashing heroes, a mystery that needs to be solved, and magic. How could I stop myself from reading a book with so many awesome elements? Short answer: I couldn’t. And I’m glad for it.

Evelyn Wyndham is bored with English society with its rules and expectations. She wants nothing more than to be able to travel the Continent and see the world, but her marriage-minded mother is concerned only with raising their position in society and determined to break Evelyn’s dispassionate and rude attitude. But when her beloved sister Rose mysteriously vanishes, Evelyn breaks societal convention and her parents’ rules, and travels to London to find her, along with the dashing Mr. Nicholas Kent. But they are not the only ones searching for Rose. The discourteous but handsome Sebastian Braddock is also after Rose, claiming that she and Evelyn have special healing powers. Evelyn believes Sebastian to be mad, but when she discovers that he is telling the truth and that there is a whole group of people with different powers, Evelyn realises that her sister is in terrible danger.

“We do not remain the same each minute to the next. Every word you hear, every sight you see, every smell, every thought you have, every moment—it all changes you. We keep putting on mask after mask, layers over layers. That’s how one grows.”

I expected to enjoy this book, but I was still surprised by how fun a reading experience it was. Shanker and Zekas work incredibly well together, so much so that I could not discern any disparities in the writing, such as if one author had a different style or if a character suddenly changed personalities. The writing was both in tune with Victorian sensibilities and flowed naturally, as well as quite beautifully. I was also astonished by how comical the book was too, particularly in the form of Evelyn and Mr. Kent. Both characters frequently had me in stitches, and there were several moments I had to put the book aside to have a laughing attack.

Each of the characters were fantastic and lovable. Within the first few pages of the novel, I was already falling for Evelyn. I love a well-written troublemaker who doesn’t stick to the status quo, and Evelyn’s snarky personality and wicked wit stole my heart almost immediately. I felt as though I connected quite strongly with Evelyn: she is bored with societal expectations and wants more from life, but her position in the almost-but-not-quite aristocratic world, and as a woman, means that she cannot move about freely in the world, nor have an opinion. I love that, despite the rules that threaten to keep her down, Evelyn puts all of that aside, including her reputation, for her sister.

“Why don’t—” [Mr. Braddock] stopped abruptly and took a breath. “Normally I’m good at being polite, but with you, I have to try very hard.”
“Were you trying very hard the two times you’ve compared me to a prostitute today?”

One of my favourite characters was Mr. Kent. He acts as Evelyn’s sidekick and the comic relief, and it is almost impossible not to like him. It is obvious from the beginning that he is in love with Evelyn and I sorely wanted them to get together. But then we meet Mr. Braddock and I was suddenly torn. When we first meet Mr. Braddock, he is incredibly rude and disrespectful. For example, at a ball, a young lady pretends to faint so Mr. Braddock will catch her, and instead, he lets her fall. Each time he and Evelyn meet, they snap at one another and have screaming matches, but you can’t deny the chemistry between them. It’s real and tangible. Which led me to a startling discovery:

THERE IS A LOVE TRIANGLE.

I am not the biggest fan of the highly clichéd love triangle. Sometime, with a skilled writer, the love triangle can be pulled off with finesse, but more often than not – and especially in YA fiction – it comes across as stereotypical and childish. No matter how hard the author tries (and sometimes not hard at all) the reader can always pick up on the character the protagonist will end up with, despite the triangle. See: Firstlife by Gena Showalter, Shatter Me by Tahereh Mafi, and Twilight by Stephenie Meyer. But the novel had impressed me so far, so I persevered, and I don’t think anyone was more surprised than me when I realised I was enjoying the love triangle. And I could not decide which of the two love interests I preferred!

That had never happened to me before. No matter what genre novel I am reading, if a love triangle is present, I always have a favourite love interest. In These Vicious Masks, I fell for both Mr. Kent and Mr. Braddock and can honestly see Evelyn marrying either gentlemen. (I wonder if Victorian society was ok with the ménage à trois? Probably not). Hopefully, the second book will help give me clarity.

“Perspective is a curious thing. One day, you see everything from one angle and you think you know what’s important,” [Mr. Kent] continued, looking out at the dancers. Then he turned to me, smiling wryly. “Then another day, from another angle, you see what’s really important, and everything else just . . . melts away.”

The storyline was thoroughly impressive and each scene developed naturally from the previous one. I enjoyed Shanker and Zekas’ explanation of the powers, which was particularly unique. In many novels featuring some sort of version of magic, there are many instances where the magical elements are just there; they are never explained (See: The Wrath and the Dawn by Renee Ahdieh). In These Vicious Masks, the powers are depicted as an advanced process of evolution, which is explained with considerable skill on the writers’ part. This was a refreshing take on magic and gave me almost X-Men vibes, which I enjoyed.

These Vicious Masks was an entertaining and fascinating novel that I struggled to put down. The characters were lively and individual, the plot fast-paced and interesting. I heartily recommend this book to all the fantasy lovers out there, especially those who like a sprinkle of history with their fantasy.

2 thoughts on “These Vicious Masks by Tarun Shanker & Kelly Zekas”

I've heard nothing but good things about The Unbroken by C.L. Clark so when I saw it at my local bookstore, I knew I had to get it! It's a North African inspired fantasy featuring a sapphic romance 👀
I'm so excited to finally get my hands on the signed Illumicrate edition of Winter's Orbit by Everina Maxwell!
Helllllooooo pretty book 😍
Thank you so much to @qace90 for sending me these amazing books for my birthday! I have been dying to get my hands on these books for ages, so I can't wait to read them!
Enjoy going to my local library ☺️
Excited to be reading these books for my friend and I's annual reading challenge!